The Brainstorm Plus: My book spine poems

Yesterday I shared about Book Spine Poems (see yesterday's post below for more). Here are the five I came up with from the books in our Secondary Media Center. I've shared them with the School Library Journal and will put them up in the Secondary Media Center encouraging students to make some book spine poems of their own. ICS teachers, I'm willing to put up pictures of book spine poems your students come up with too. 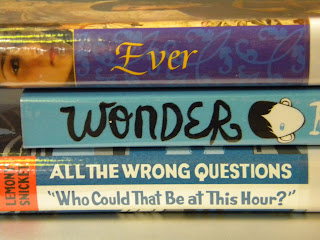 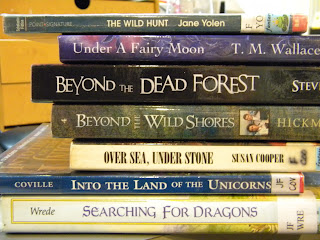 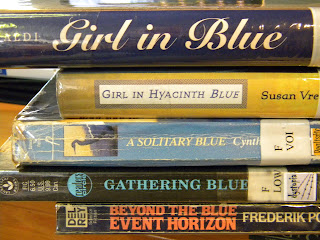 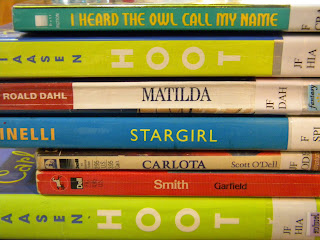 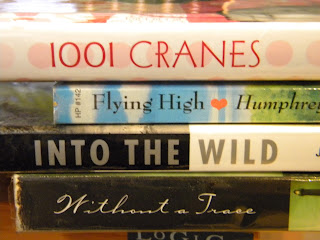 TeachThought had a great list up this week of 20 Things You Can Do In (About) 10 Minutes a Day For a Better Classroom. Some of the ideas pretty much every teaching method class drills into your head, but there are some other great ideas listed that I had never heard before. Most of these things can be used in a wide range of classrooms, K-12.

Free Technology For Teachers shared yesterday that Google Maps just released a new tool called Google Maps Engine Lite. It allows you to customize the maps in various ways. Those of you teaching geography or social studies could use it in your classes for mapping activities. Many special education students also benefit from mapping activities if they struggle with organization, listening skills (give them directions to follow on map) or visual acuity (a map is just as good as a hidden object page for making those eyeballs and brain synapses get a workout).

The Brainstorm Plus: Intro to book spine poems

In preparation to kick off Poetry Month in April, Travis Jonker is inviting teachers and students to create book spine poems. What is a book spine poem? Well, you stack books on top of each other and use their titles to create a unique piece of poetry. It's kind of like those poetry magnets, only using books. You can see samples from 2012 here. If you snap a picture of your book spine poem and send it to Mr Jonker, he'll put it on his website with other poems people send in and you can be in the 2013 gallery.

If you've ever graded papers (or written a paper), you know the most common mistakes in English. Is it their there or they're? Who or whom? A creative college professor told BookRiot how he came up with terms to help his students immediately identify which kind of common error they had committed. Check out his article Invented Words for Common Writing Mistakes. The beauty of this -- students know what kind of error they've written but using these terms instead of circling it will help them find and correct it on their own (the teacher doesn't have to mark in the correction). This will likely help them remember the correct format better the next time.
Posted by Becky B. at 7:52 PM No comments:

The Brainstorm Plus: Thoughts on Oz 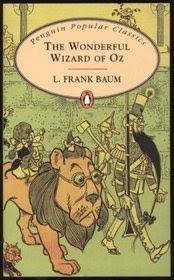 With the new Oz movie on the big screens, kids and adults are deciding to revisit the original stories in book form more and more. It is an interesting visit, especially comparing differences between the famous movies and the books. I re-read the first book recently and was surprised by some of the differences (like Dorothy's slippers are silver in the book, not ruby) and that the text was written in simple, almost Dick & Jane language. Not many children's chapter books can age 100 years and still feel easily accessible to the the original target audience of elementary children without arming them with an accompanying dictionary and cultural encyclopedia (or editing/adapting the language extensively, as most modern classics series do). If the new movie has piqued your interest in all things Oz like so many others, Lit Reactor has an interesting article on A Literary History of Oz where you can find all sorts of interesting tidbits about the original book series. For example, did you know there are over 40 official books in the series?

If you love books, and find them arranging themselves on bookshelves and in small piles on your bedside table and dining room table and living room chairs and under the family pet...maybe it's time for The Book Tower House that Book Riot had pictures of yesterday.
Posted by Becky B. at 10:53 PM No comments:

The Brainstorm Plus: Mull's Beyonders series

I just finished reading Brandon Mull's Beyonders series today. The 3rd and final book was just released this past week and several students were begging me to get it asap. I wasn't arguing. I too was eager to see how Jason and Rachel's quests in Lyrian turned out.

For those of you who aren't acquainted with the series, let me try to give the simplest summary I can. Jason and Rachel are teens from Earth who are separately sucked into the distant world of Lyrian where they are called Beyonders. It turns out, they were called there to help in attempts to defeat the evil sorcerer/emperor bent on taking over the entire world. Many have tried to defeat this Maldor, but no one has succeeded for several hundred years. He is seemingly indestructable because he has destroyed just about anyone else who can use magic, and he has this nasty habit of capturing enemies and torturing them, not encouraging many to stand up against him. The series follows Rachel and Jason's adventures in Lyrian, deciding whether to join the fight against Maldor or escape to the safety of Earth, and eventually efforts at fighting off evil and winning back the land so that justice and goodness can reign. Of course they meet a whole cast of characters along the way, some good, some evil, and some you really aren't sure about until the end. That's one of the beautiful things about the series, there's a whole host of characters with very complex personalities and Mull manages to keep things pretty unpredictable (unlike many other fantasy/adventure stories). The other part I really like is the focus on doing what is right vs easy or comfortable, perseverance, friendship, and faith/hope even when things look rather bleak. Also, Mull has his good characters respect life. They do not kill needlessly or throw away their lives needlessly, and when a companion does die, they grieve but at the same time do not wallow in depression or let hate consume them. That said, this book does take place in the midst of a war between good and evil, so there are numerous battles and people/creatures dying. There are also some torture scenes described in the first two books, so I wouldn't recommend these for the squeamish or very young. At the same time, there isn't unnecessary or excessive gore, or any swearing or sexual content for that matter, so this series provides cleaner options than many young adult fantasy/adventure series out there.

I heartily recommend this series to fans of Percy Jackson and fantasy or adventure in general. It has enough depth that it is sure to entertain even those well beyond middle school years. I think the different ages will appreciate it for some different reasons, but both will like the battle of good vs evil and exploring the strange world of Lyrian and all its unique characters. For more info on each book in the series, click on the title below to see my GoodReads.com review.

A World without Heroes (Beyonders, #1) by Brandon Mull

NPR recently had an article relating the findings of a study of the impact "nasty" comments have on reader perceptions of articles. The same principle probably applies to verbal or written comments from teachers and fellow students and is a good reminder about the power of words.

Just came across this resource from Free Technology for Teachrs for History teachers today, Teaching with Technology and Primary Sources.

Social Studies and Geography teachers, have you checked out the resources National Geographic has on its Teacher's Section? They just recently added some new map activities that would be good for primary grades, but they also have stuff for all grades, all the way up to an entire section for AP Human Geography.

Came across this chart today on Teachbytes "Doing Projects vs Project-Based Learning."

The Brainstorm Plus: Pi Day 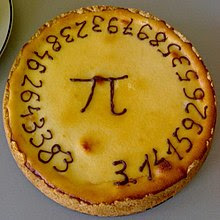 Happy Pi Day! Yep, it's March 14th, or 3/14...get it? There's actually an official Pi Day Organization and they have lots of goodies about Pi and Pi Day Celebrations on their website. In celebration there are all sorts of teaching ideas for math. Math Goodies has a web quest for Pi Day. Scholastic has several activity ideas on their website. And Teach Pi has over 50 activities on its website. Of course, you could just celebrate by finding a good ol' slice of your favorite edible pie and use pi to calculate it's area as you enjoy it.
Posted by Becky B. at 10:15 PM No comments: