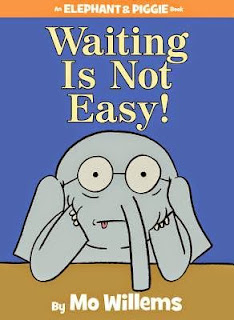 Waiting Is NOT Easy by Mo Willems
Piggie has a surprise for Gerald, BUT Gerald has to wait for it. And wait. And wait. And waiting is SO not easy. Gerald just about gives up, but curiosity gets the best of him. Finally the surprise arrives, and it is turns out well worth the wait. Gerald totally captures the essence of everything that is painful about secrets and waiting, but Willems manages to make it humorous. The surprise is something in nature, highlighting the beauty of the simple things around us we take for granted (if you really want to know what it is, click on the title and peek at the spoiler). 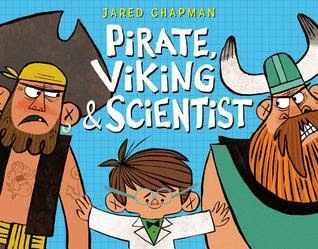 Pirate, Viking & Scientist by Jared Chapman
Pirate and Scientist are friends. Scientist and Viking are friends. But Pirate and Viking are decidedly NOT friends. Scientist wants both his friends to have fun at his birthday party so he comes up with several different hypothesis for how to get the two enemies to be friendly. He tests each one out at his birthday party, but nothing seems to be working. The results are clear, none of Scientist’s hypotheses have been correct so far. So he decides to try one last thing, he asks the two about their favorite activities...and wonder of wonders, the former enemies are brought together by a common interest. 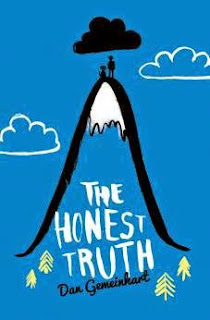 The Honest Truth by Dan Gemeinhart
Mark is tired of his life being controlled by illness. He's tired of putting on a brave face. He's tired of hiding tears. He's tired of making his parents cry. And so when the latest news comes from the doctor that the cancer is back again Mark grabs his dog and decides to go climb Mt. Rainier. He's thought this through enough that he leads a false trail for the police and his parents so he can actually make it there. The way to the mountain is rough, especially for someone as sick as Mark, but he's determined to die on his own terms. He did leave a note for his best friend Jessie, giving her a clue as to where he's gone. But he trusts her to keep his secret, just as he's trusted her to let him be real when no one else would. Jessie is tormented by this burden Mark has left on her shoulders. Is it best to let him have his desire, or should she tell his worried parents where he is? As Mark sets out to conquer the mountain, he finds unexpected things the trip brings up that he must confront to get at the honest truth.
To be honest, I picked this up expecting the usual cancer book. The type that scars you enough you have to tell someone about it, but really isn't that spectacular writing-wise. This is not the usual cancer book. Gemeinhart's writing has depth in symbolism and lyrical flow (especially when it's Jessie's voice). From the haikus throughout the book that better express things than any paragraph could to the way the mountain symbolizes cancer in a way anyone with cancer (or anyone who has watched someone going through cancer) can relate to. It's not as gut wrenching as A Monster Calls and not as cheesy or cliché as The Fault in Our Stars (and certainly doesn't have the mature content of that book). This is a perfectly even-keeled look at what a person going through cancer experiences, but it is done in an exceedingly artful way.